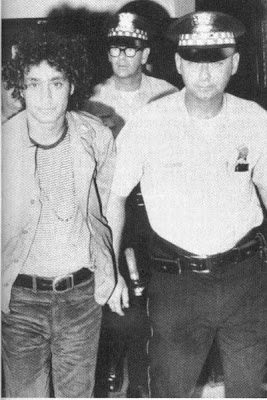 "We are here to make a better world. No amount of rationalization or blaming can preempt the moment of choice each of us brings to our situation here on this planet. The lesson of the '60s is that people who cared enough to do right could change history. We didn't end racism but we ended legal segregation. We ended the idea that you could send half-a-million soldiers around the world to fight a war that people do not support. We ended the idea that women are second-class citizens. We made the environment an issue that couldn't be avoided. The big battles that we won cannot be reversed. We were young, self-righteous, reckless, hypocritical, brave, silly, headstrong and scared half to death. And we were right."
-- Abbie Hoffman